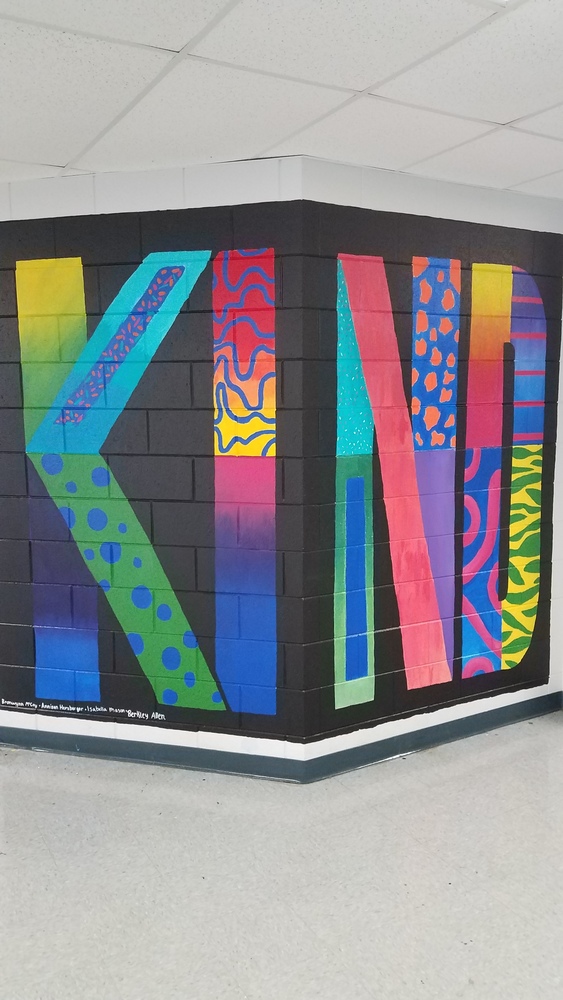 This fall, junior high art students were given the opportunity to create art on the walls around the school. As part of the project, Annisen Herzberger, Berkley Allen, Isabella Mason, and Bronwynn McCoy created an amazing mural down by the junior high office. The mural has the word KIND on it in colorful lettering surrounded by different designs and backdrops. It takes up nearly a whole wall. Since it was finished, the art has received many compliments from teachers and students alike. Here is what the girls have to say about their work:

When was the mural completed?

What was the inspiration behind the project?

The inspiration behind this project was to have this mural bring more color to the junior high office because people were sort of scared of it.

What was something you learned while working on the mural?

I learned that all of us girls could become such close friends just because of this mural. We had a lot of fun times together.

Did you enjoy working on it? Would you do it again given the opportunity to create something new?

I really enjoyed working on this project with my friends. We learned a lot about each other and became a lot closer as friends. I would take this opportunity again as long as I got to work with an awesome group of girls like these. They were all so great and added so much to this project.

What grade is your group in?

We are all in 7th grade.

Favorite part about the project?:

My favorite part about the project was becoming closer with my friends and seeing the progress of the mural. 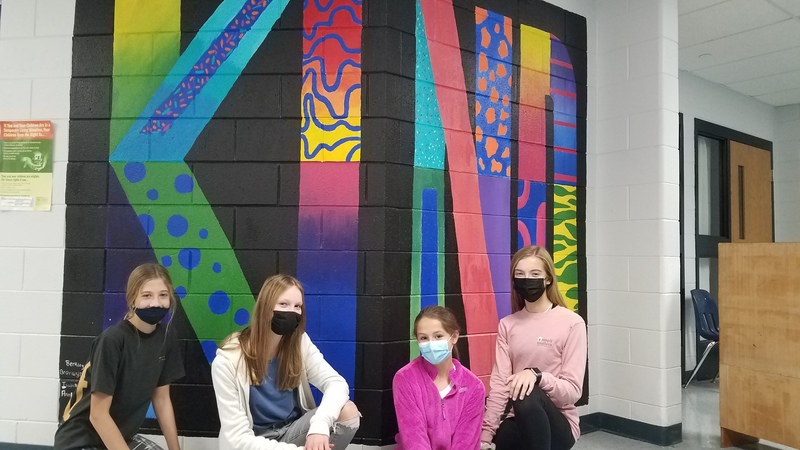